Reader of the Month: Michael Boyd

Posted on September 15, 2013 by projectlighttolife

Michael brings us to September’s final reader of the month. Although, after getting sick, he had to deal with many obstacles, he now volunteers to help others with similar problems and continues to run his movie blog. Please check out this very inspiring man and read his article below:

Reader of the Month #7: Michael Boyd

Two years ago I went to my optician who saw what they described as a freckle on the back of my eye. I was referred to a specialist who eventually confirmed it was an ocular melanoma, which is a fancy word for eye cancer.

Obviously, this news hit me hard. I was a 28-year-old man who felt fit and well and wasn’t expecting to get the big C so early! It turned out that this form of cancer affects five out of every million people. Statistically, there is more chance of being struck by lightning, which, to be honest is a much cooler way to die.

This news led to a lot of eye surgery, radiotherapy, and finally, six-month check ups for life. The worst part though was that the radiotherapy destroyed the sight in my left eye. The doctors explained that people who lose an eye go through a grieving process and this is what I did for a long time.

When you have a disease, which has a 50/50, essentially meaning you have a ticking time bomb in your head that may or may not go off, you look to the people around you for support and that’s exactly what I did. This situation has made me want to help people with similar problems. I currently volunteer for both Guidedogs for the Blind and the Royal National Institute for the Blind. I know what it’s like to lose sight in one eye, but I’m so inspired by these people who live with complete blindness everyday. 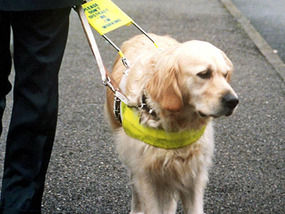 So how has this impacted my movie blog? Well, my lack of sight means I can’t see 3d films. This led to me writing a rant on my blog about it. You can read it here

Anyway, I’m back to kicking ass, which is harder now as I can’t judge distances, but I’ll keep kicking anyway. I hope someone who’s had a similar experience reads my story.

I hope you guys enjoyed Micheal’s inspiring article, along with those of all the other readers of the month. Like I said, when I first had a call to submissions, I never realized how truly rewarding receiving these emails, sharing everyone’s stories, and just learning about different people would be.

I’ve realized it’s been a while since I’ve asked you guys a question at the end of a post, so now I want to know, what did you all think of this month’s reader(s) of the month series? Have they inspired you to do any bucket list worthy things?

14 Responses to Reader of the Month: Michael Boyd