Posted on April 16, 2014 by projectlighttolife 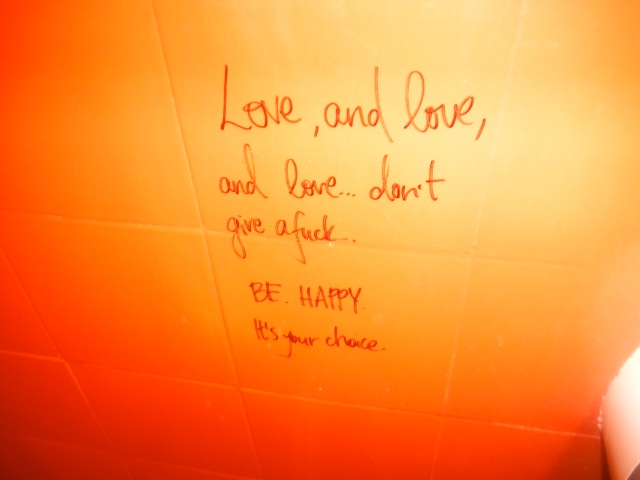 Several months ago, I became fascinated by The Strangers Project. If you enjoy Humans of New York, it is likely you will enjoy this project. Brandon Doman, who runs the site, has traveled the globe collecting over 7000+ true stories written spontaneously by strangers. He posts the letters on his page. If you have not yet come across his site, definitely check it out!

Because his project is right up my alley, I thought it might be fun to build off this idea and work on a similar project online, using Omegle. I figured that outlet would be best, since the people I speak to will be completely anonymous. Nevertheless, because I wanted a diverse range of responses, I decided to type eight different countries that popped into my head into the “find strangers with common interests box” (The United States, England, Australia, India, Italy, Russia, New Zealand, and Canada).

While listing the country of  interest does not necessarily mean the stranger is from one of those places, I divided up my respondents by the country of interest we were matched up by. Of course, multiple strangers disconnected on me before I could continue my spiel, but I told myself that for now, I would stop once I found five respondents.

Rather than asking the strangers to write letters, I took a slightly different approach and asked them to respond to three questions. Here is how I started most of my messages:

Hey, have you ever heard of the Stranger’s Project? (Wait for response, then explain project).

I’m working on something similar was wondering if you want to help out by answering these three things?

1). What is your biggest regret?

2). What do you think your best accomplishment in life has been so far?

3). What is something you still want to achieve in life/cross off your bucket list?

I kept all of the language in everyone’s answer, but edited some of the punctuation to make the answers easier to read. Without further ado, here were peoples’ answers:

1). Hmm, my biggest regret is not working hard enough to get into a good college.

2). Biggest achievement is my gf.

3). And I wanna be a great businessman.

1). Dropping out of school.

1). Biggest regret is being less confident and not so honest to people.

2). I think best accomplishment is getting in the top team of soccer in my city, and of course, graduating high school, as I’m only 18.

3). I think my biggest dream is climbing Mount Everest.

1). Well, so far I don’t really have any regrets. I mean I’m only a teenager. My life has just started and there are many various possibilities that could happen to me. The world is mine and it’s only a matter of time of just taking and implementing what I want to do.

2). My biggest accomplishment I guess is being good in my academics. I have always studied and worked hard. I’m off to college soon. Also, I am involved in many research projects in which I try to help out my community. Also, I volunteer every week. I think overall, the biggest accomplishment I can give is helping out my community. The thing that is in it for me is the smile on peoples’ faces and that I caused it to happen.

3). To make it short and simple: SKYDIVING

1). Biggest regret, I was pretty young, maybe like 8 or 9. My cousin who’s a year older than me always had family issues with the rest of the family, but this day, we were hanging out and she got mad and started yelling stuff at my mom and the dumb kid I was, I joined along, so I yelled at my mom. Minutes later, she was in bedroom and said she had to talk with me. When I entered, her eyes were in tears and her heart was broken, so we talked and she said how disappointed she was with me, so we made up. From that day on, I told myself I’ll never make my mom cry ever again and, so far, I’ve kept my promise.

2). Biggest accomplishment, well it was getting into college with an ACT score of 18. I never been the type to ever take school seriously, even as a child, I was always daydreaming haha, still am today, but back November/December I was the most stressed I’ve been and had borderline depression. I’m normally a layback/chill type of person, so this was all new for me and at this point, I was seriously considering not going to college. But it must’ve been a miracle that I got in. The only person I would’ve cheated by not going to college would’ve been my dad. My dad is one of those immigrant rags to riches stories.

3). My dad has built in his “empire” that will be handed down to me, which is worth a couple million. My goal is to double what he has made and provide for my parents to live the life they always wanted, but were always working. So right now, I’m constantly thinking of these so called “million dollar ideas.” So first thing when I get a lot of money is buy a Porsche 911 Carrera for my dad. It’s a German car and when he was living there super poor, it was one of those cars that you get happy to see, but never get that chance to buy. He has the money now to get one, but he won’t. He wants to save more money in my future so it’s the least I can do for him. And for my mom, a really big house she’ll love to call home and soon all the vacations around the world they want! Now for myself, well, I’m a big car enthusiast, so there’s a couple cars I want that are over 200k, such as the McLaren 650S and the Ferrari 599. And I’ve given myself a 10-20 year deadline to make all of this happen. But I’m aiming for 10-15 right now!

What do you guys think? Do you share some of these regrets, accomplishments, or dreams? Have you ever pursued a similar project? I’d love to hear from you!

11 Responses to The Strangers Project