Posted on July 24, 2014 by projectlighttolife

Hi all! I’d like to introduce Cathryn Campell, who discovered the importance of education for people worldwide after volunteering in Uganda. Her story offers a great example of the benefits that come with volunteer travel. Read more of Cathryn’s guest post below: 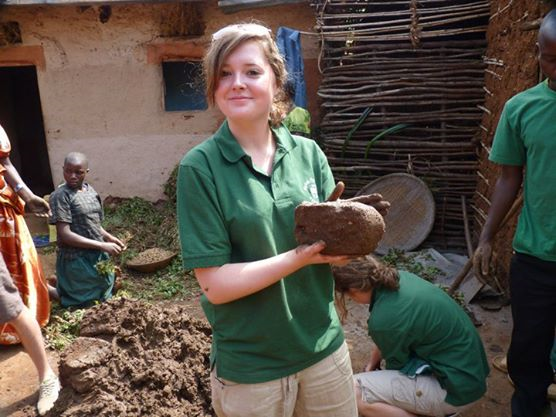 Education is said to be the road to a brighter future. That it provides the key for the locked door guarding the room to self-progression.  However, these two sentences can be considered extremely controversial in terms of their control over culture.

When I was 16, I was fortunate to travel with my school to Uganda. The purpose of the trip was mainly to raise awareness for and visit the various charities and partner schools that my school helped to support.

It was on the 5th day of the trip that really got me thinking.

We arrived at a small rural village to work with RHUEPAI, a Ugandan based charity with aims ‘To advocate for improved health and poverty alleviation initiatives geared toward better peoples’ livelihoods through their own participation.’ After a four hour journey from the capital, Kampala, we arrived at the RUHEPAI base centre. Leaving behind the capital meant leaving behind all of our luxuries, including a toilet, and so we were all faced with our first emersion into rural Ugandan life with the dreaded experience of the Pit Latrine. Whilst nowadays, this would not faze me, a slightly more immature and naïve sixteen- year-old me, was indeed fazed.

Toilet humour aside, we travelled from the base centre for about an hour on sandy dirt roads that weaved their way through fields of banana plantations, before climbing their way up green mountains. It was beautiful. Growing up in Wales, greenery was nothing new to me. However I had never seen anything quite like that. The bright vivid green was lit up by the strong Ugandan sun and contrasted against the clear blue sky. Uganda really is a beautiful place, populated with beautiful people.

The people in the small rural village we went to had an intense and lasting effect on me. Arriving at a small-holding, I first learnt that pineapples grow underground, not on trees. But that wasn’t the most important thing I learnt that day.

We walked through the garden of the small-holding and entered into a small courtyard. Surrounded by low built mud buildings with straw roofs sat a group of smiling women. We greeted them and they invited us to sit with them to talk, all through a translator. There was a young woman there, 22 years old with a child. After talking to her for some time, she asked me if I would like to hold the baby and with that she put her in my lap. The little girl smiling up at me was named Tress.

We were there to build a Lorena stove, as previously all cooking was done by open fire. In the middle of the courtyard, in-between a spread of drying peanuts and a goat hut, was a large mound. A mound made of a mixture of mud and cow feces. However unsanitary or unclean you may think this is, it is a sustainable and useful mix to create clay brinks to build with. So we dug in, molding brinks out of what is essentially cow waste. Here was a lesson in not wasting anything. A product which, in the western world is considered useless, here is used for building and creating.

Many of the girls stayed sitting with the women and picking peanuts off branches which would later be added to the masses already out to dry. However, I and my friend got our hands dirty. We were there to do one job and that was to build. The stove was nearly complete and my friend, becoming weary in the heat had no choice but to take a rest. The boys, in the kitchen, (a small, empty room, with no floor and mud walls) continued to help with the more tricky parts of the build. I noticed one of the men, working to clean up the mound and the area around which we in our enthusiasm had spread mud all over. I went over to help him, realizing that although we had built a stove and picked some peanuts, we had not done so without some damage. After working to clean the vast puddle of mud we had managed to create, the man thanked me in Ugandan. Unfortunately being welsh, I was not and am not fluent in Ugandan, but the man did not accept that I wouldn’t understand. He walked away, and I thought nothing of it until he bought a friend over who translated for me. The man wanted to thank me for helping to clean, he said I did not have to, but that I did. 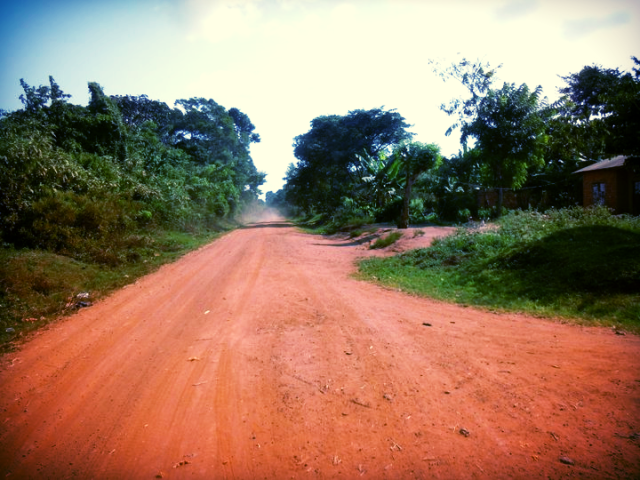 I learnt that even small acts of kindness, which might not seem like much, can really have a lasting big effect on people. That man did not have to thank me, or go to so much effort to communicate that he appreciated what I was doing, but the fact that he did, had a lasting impact on me. I hope that what we did that day, however seemingly small it may be, had an effect on the lives of those we were trying to help.

I often think about Tress. Whilst we may have made life a little more comfortable at her home, did we really do much good for her at all?

Living in the UK, from the age of five, we are given free education and whilst many may find issues within the system, the fact that we are given the opportunity for it at all is amazing. Tress will live her life at the small-holding and go to the small primary school down the road (which we also visited). However, after her education there, her only way to further her education or to get qualifications will be through sponsorship or the growth of charities that aim to provide an equal education for all, due to the lack of secondary schools in the area.

I feel there is a difficult balance here that cannot be ignored. Whilst we went to help at the small-holding, we did not do so without a damaging effect (the mess made). Many charities provide education for those who are not given the opportunity for it through the state, however, it is important that that education is tailored to the customs, traditions and cultures of the youths it is teaching.

Education is important for progression in terms of employability and development. This concept cannot be denied in the workings of the world today. However, retaining a rich and varied culture in my opinion is just as important. I recently read ‘Wild’ by Jay Griffiths, a wonderful and very enlightening book in which she explores several indigenous communities and gages the effects that western influence has had on them. In some cases, suicide rates increased an unbelievable amount and undeniably, customs and cultures began to die out.

Whilst I undeniably feel with great enthusiasm that children such as Tress should not be denied their basic right to an education, giving them the opportunity for employment that they would otherwise not have, is just as important for her to keep her Ugandan traditions and heritage alive.

If you would like to learn more about supporting the education system in Uganda to develop here is a list of charities that aim to enhance the system there, but are also sensitive to the Ugandan culture:

11 Responses to Education Through Volunteer Travel