Posted on March 25, 2014 by projectlighttolife 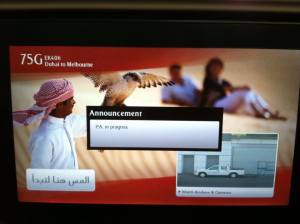 Although I would love to say that I explored Dubai, one of the wealthiest cities in the world, where they have gold-plated vending machines with gold bars sitting in them and the police drive Lamborghinis, the truth is that I only got to see Dubai’s airport en route to Australia.

Even so, I would like to describe my experience flying on Emirates and eventually landing in the Dubai airport. While I cannot complain, since my destination was Australia, I was a little concerned about taking two 14-hour flights. 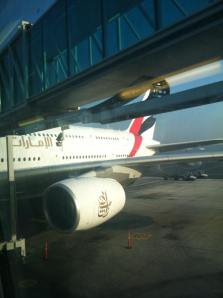 However, Emirates treats its passengers like royalty, or at least in comparison to other airlines I have been on. The flight attendants wear adorable red hats, walked up to me asking, “Hot towel madam?” one of the menu items was lamb, and there were hundreds of television, as well as movie options to watch. I also enjoyed how the airlines feigned twilight with fake stars on the ceiling of the plane as if it were nighttime. Although the peasants in coach did not get to experience the bar on the second floor of the airline or the beds they have for passengers, the other classes had the option of enjoying that as well. Yet one of my favorite parts of the flight was watching the commercials set in Dubai, especially the Atlantis Resort that is located there. 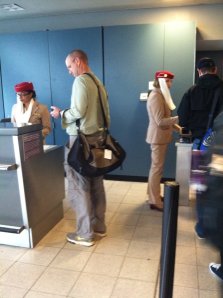 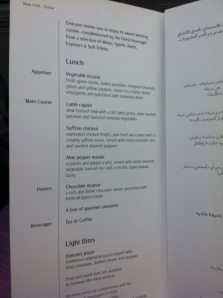 The Dubai Airport was beautiful. Of course, we fulfilled the American stereotype and our first step when we arrived was McDonalds. Although the prices eventually translated on our credit cards, it was comical seeing Hamburgers listed as costing about $20. 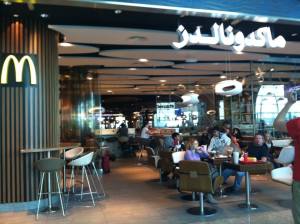 Here are some fun facts about Dubai Airport, as well as Emirates, according to Wikipedia:

2). The airport contributes majorly to Dubai’s economy and employs about 58,000 people.

3). Emirates handles 64% of passenger traffic and is the largest airline hub in the Middle East.

4). The airport has three terminals and Terminal 3 is the second largest building in the world by floor space.

The inside of the airport is also a giant mall. Although I did not get to explore the city, being in this atmosphere was exciting in itself. 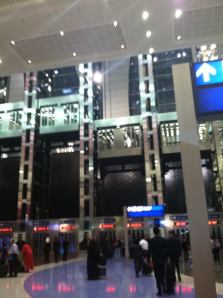 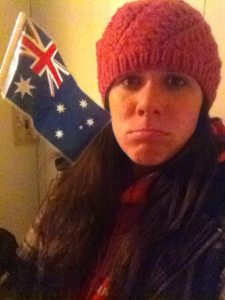 (Back home in the winter cold!)

So has anyone ever been to Dubai Airport or stayed in Dubai in general? I’d love to hear about your experiences!